+ - Added Vampire Race! Now layers can complete a quest-line given by a Vampire and become Vampires themselves after proving their worth! Being a Vampire includes:

- Getting your own cool Vampire kit with enchanted armour and a custom Elytra!

- Getting a dark new prefix before your name: [Vampire]

- Getting loads of McMMO skill perks, such as swords, unarmed, taming, and more!

- access to craft Rotten Flesh into Steak as an undead source of surviving!

- Immunity to all known diseases that come with the new Disease plugin.

- Much more perks and abilities, with no downside like being hurt and killed by the sun! The Vampires on our server are a lot more evolved and civilised than that!

+ - Added a Bounty Hunter plugin, so now players can set bounties on their enemies for a price of between $100-$500, and other players can claim the bounty set and earn their prize, just like in good ol’ Medieval times.

+ - Added an events board at the warp point of Stonehill, so that when any future events are on, the staff can display the information about the event at the board in the town.

+ - Added Disease plugin, now players can get sick and have to go to the newly added Doctors building in Stonehill town to be cured for a small price. This just adds a little bit of Medieval roleplaying reality to the game we thought.

+ - Added a Hospital / Doctor’s Surgery in Stonehill next to the Bank, so that players can be healed in the hospital of any vanilla or custom diseases!

+ - Added light blue asterisks before every main quest-line character’s name so you know who are the main people within the Realm.

+ - Added a load of new quests for the players to complete. Some are small with no rewards, and some are full quest-lines with much larger rewards! We have even made it so there is a Vampire quest-line in order for you to become a Vampire initially!

/ - Changed the /vote command message, so there are now 4 vote links (added a Planet Minecraft link) instead of just 3, and we have also changed the vote winnings from 2 Diamonds to 1, because there is now an extra vote link so players can still earn a lot of rewards!

- - Removed ability for anybody who isn’t a Vampire to turn Rotten Flesh into cooked steaks, making it a Vampire-only ability!

- - Removed pop-up messages upon quest starts and completions. You just receive text in the chat box now instead of messages filling up your screen using TitleManager.

+ - Added an official Instagram to advertise and try to attract more of a fan-base to the server.

+ - Added the server to the Minecraft Forums, if you wish to leave detailed comments or contact the owner outside of the game and Discord.

+ - Added a PvP arena, with team vendor stores for each team. Added warp signs to both team pits, and added warp signs in the arena itself for winners to leave after the fights.

+ - Added a path that leads from Stonehill to the PvP Arena.

+ - Added a small camp just outside of Stonehill where the good side of the main quest-line will reside.

+ - Added NPC characters that will be a part of the upcoming main quest-line in the server. (See future updates.)

/ - Changed the motd when you sign in to AuraScape. Changed the colours so it flows more and looks more personalised and fits the server’s theme more. Added a player balance message that shows your balance when you log in now.

/ - Changed defualt teleport cooldown timer from 60 seconds to 20 seconds and teleport waiting time from 5 seconds to 3 seconds , so that players aren’t spending as much time waiting to teleport.

- - Removed Only Pay2Play features like Ranks. Instead of just paying for ranks, you can now earn Ranks for free by how much time you have played on the server, as well as through some Quests.

+ - Added a /rules command instead of having to find the server's guide book all the time.

+ - Added pets, and the permission to use pets will be given upon completing a quest.

+ - Added RPGHealth, giving the player the chance to double the amount of hearts they have, making them stronger and more durable.

+ - Added HorseTpWithMe, where if you teleport on your horse, it will teleport with you.

+ - Added Blacksmith shop inside the Market corner of Stonehill.

/ - Changed the custom join and welcome messages so they're shorter and straight to the point.

- - Removed ClearLagg announcements, so it doesn't spam the chat all the time. 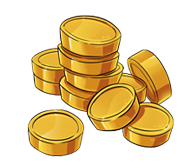 When the server first recieves a total of $20 from ranks, items, etc. or donations, then every player on the server will recieve an in-game bonus of $5,000 to use within the Realm of Aura!

If you haven't already, come and join us in-game with the address: